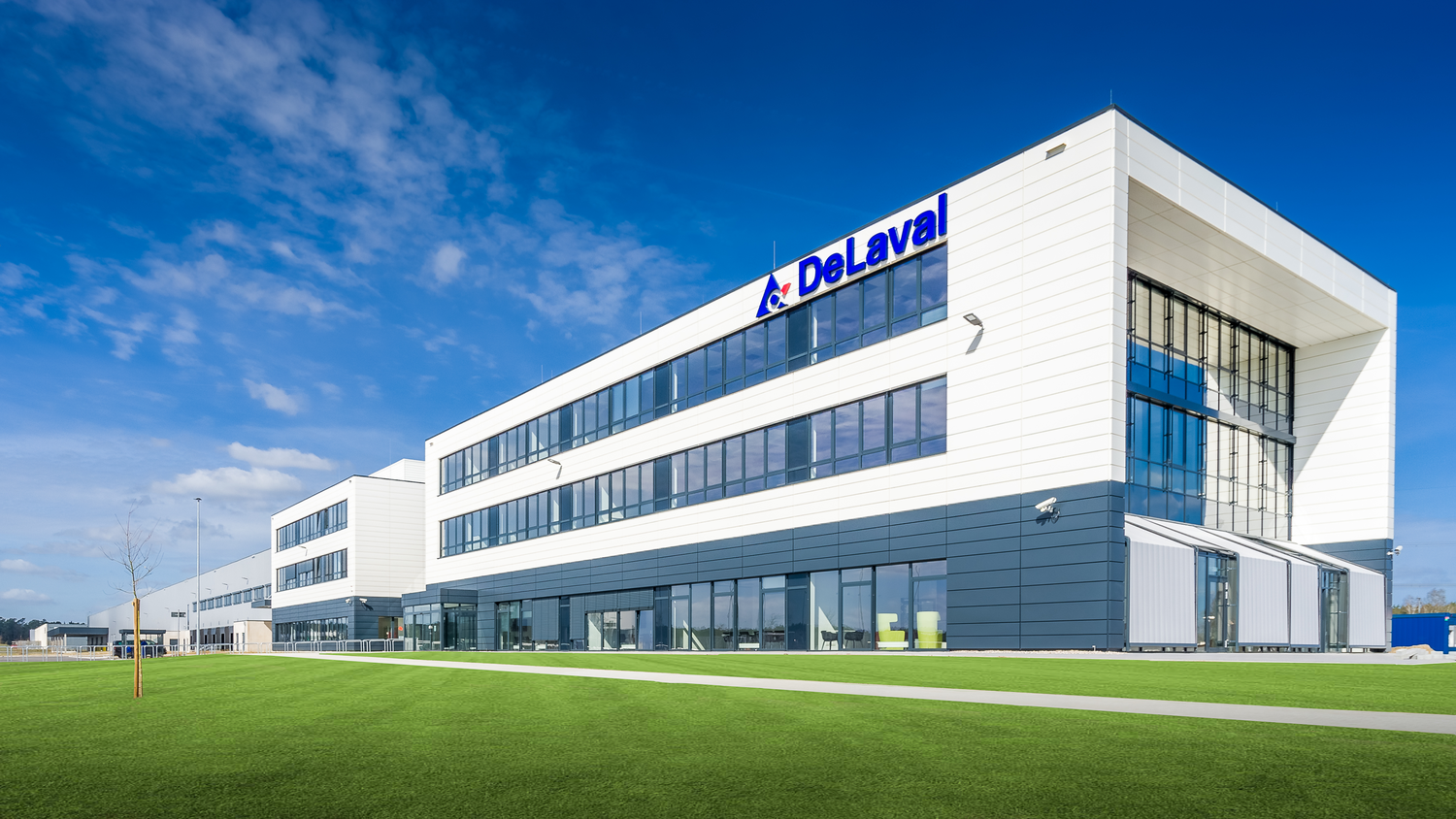 Following the successful launch of the new automatic milking system, the VMS V300, DeLaval has ramped up production as order intake has dramatically increased since the moment the new system was launched. At the same time, the personnel working at the production line in Sweden has almost doubled and an extended production shift has been implemented. Also other production facilities delivering to Sweden have increased capacity significantly supporting the positive order intake.

The LEED gold awarded DeLaval Distribution Centre inaugurated this year in Germany, is supporting the order intake of the new VMS V300 system by offering a larger storage facility with higher efficiency that will bring reduced lead-time to customers.

“We are very pleased by how our customers have received the new VMS V300 milking system. The new Distribution Centre is working as a fundamental part of this success serving customers and dealers. Consolidating the future of DeLaval supply chain is key to the collective success of DeLaval, partner dealerships and farmers”, says John-Erik Hermanson, Executive Vice President Supply Chain.